is a self-taxing group of commercial property owners working together to facilitate business and community development through transportation improvements.

The South Fulton CID works in partnership with government officials, business professionals, and members of the surrounding community.

We would like to thank our South Fulton essential workers and businesses. Access more information about services and resources from our partners.

This special MARTA route picks up at College Park Station and has multiple stops along Oakley Industrial Boulevard, from Union City to Fairburn.

Guide to Commuting
During COVID-19

Georgia Commute Options has compiled resources to help you stay healthy when traveling to the workplace.

AeroATL provides workforce solutions for employers and job seekers in the Aerotropolis region.

The July 2022 South Fulton CID Board will meet in person on Friday, July 22. Meeting details are as follows:

Essential employees from major employers in Union City and Fairburn recently banded together in support of MARTA’s temporary bus route servicing the communities. More than 250 employees from Clorox, Duracell, US Foods, and DHL appealed to MARTA to continue the route long-term by signing a petition.

MARTA began offering the temporary bus route in April to provide essential workers with a safer, faster way to get to work. The route travels from the College Park Rail Station to Jonesboro Road and then along Oakley Industrial Boulevard to the Fairburn Park & Ride. See below for images of the route.

Click here to learn more about the special service. The South Fulton CID and the City of Fairburn have coordinated to bring transportation to major employers whose workers are producing essential items. Through their efforts, MARTA is now offering a temporary dedicated bus route on Oakley Industrial Boulevard as part of its Essential Service plan.

The new bus route called “Special” will travel from the College Park Rail Station to Jonesboro Road and then along Oakley Industrial Boulevard to the Fairburn Park & Ride.

The route has 10 stops on Oakley Industrial Boulevard, from Union City to Fairburn. It started service on Monday, April 20.

If you need help planning your route to work, our partner Georgia Commute Options can assist. You can email them at support@gacommuteoptions.com

Reap the benefits of sharing the ride to work. Carpooling can save you money on gas and save you time through access to HOV lanes. Plus, you can gain rewards through our partner Georgia Commute Options.

Here’s how it works: Each time you share the ride to work, log your trip in the Georgia Commute Options rewards platform to earn points. You can cash in those points for 3,200+ rewards. Click here to learn more.

Even better? Carpoolers have exclusive access to our new 200-space park and ride for carpools and vanpools. The park and ride is located at 8100 Senoia Road, Fairburn, GA 30213.

Don’t have someone to share the ride with? Georgia Commute Options can help connect you with a partner.

On Feb. 21, 2020, the City of Fairburn and the South Fulton CID celebrated the opening of a new park and ride. Located on the southeast side of SR 74, off of exit 61, the park and ride is situated to help alleviate traffic at peak hours along the major artery that connects commuters across several southwestern cities with Atlanta.

See below for images from the park and ride celebration and ribbon cutting. Click on an image to expand it. ATLANTA (February 21, 2020) — The City of Fairburn in partnership with the South Fulton Community Improvement District (CID) unveils today a 200-space park and ride lot in Fairburn for carpool and vanpool commuters. Located on the southeast side of SR 74, off of exit 61, the park and ride is situated to help alleviate traffic at peak hours along the major artery that connects commuters across several southwestern cities with Atlanta.

The City of Fairburn, local businesses, and the South Fulton CID joined forces to carry out this vital project in advance of the I-85 and SR 74 interchange reconstruction scheduled to begin in 2022. The park and ride is designed to relieve an uptick in congestion anticipated to occur while the reconstruction of the interchange takes place.

“SR 74 is a vital line to Atlanta that experiences tremendous traffic due to the high volume of commuters and trucks who use it each day,” says Joddie Gray, the South Fulton CID Administrator. “To help relieve congestion, we had to act swiftly and bring a solution to the community that eases commute times and provides those who share the ride to work a reliable, convenient place to meet. The park and ride opening marks a major milestone for the community, and its ability to make important projects like this one come to fruition through unified action across our government, local businesses, and the CID.” 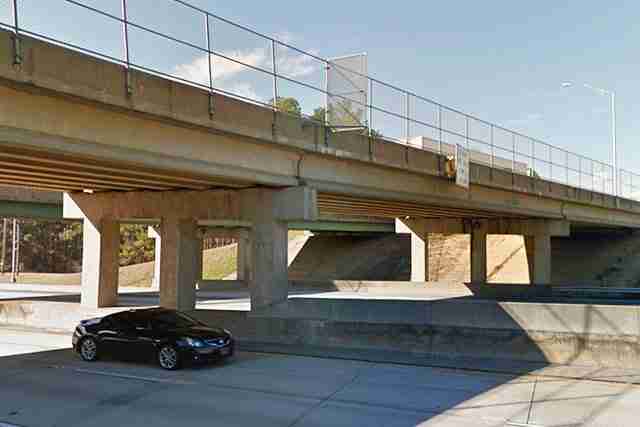 SR 74 at I-85 Interchange Reconstruction: 2022 Construction 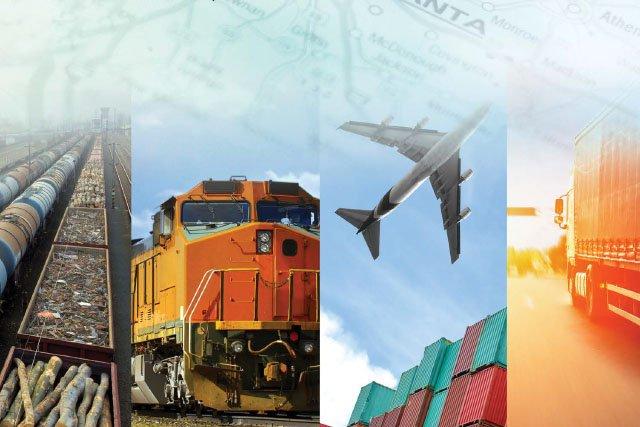 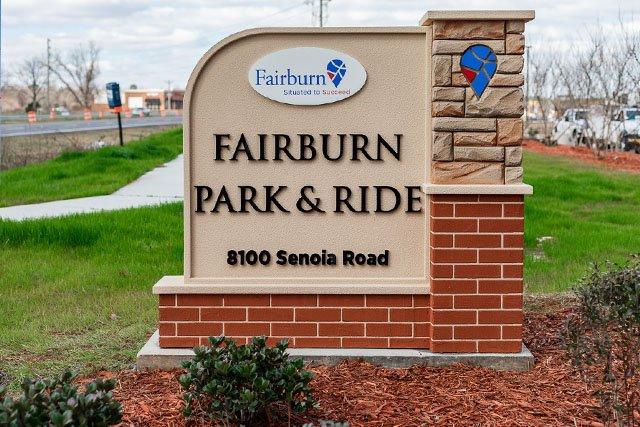 A time-lapse video of the building construction can be viewed below.